skip to main | skip to sidebar

Thank You for your patience as we prepare to make the long over-due switch to our permanent site. 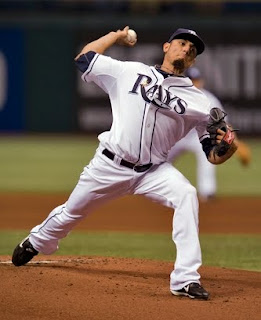 We're slowly warming-up to new technologies so please feel free to bring us with you everywhere you go in one of the following ways:

Our RSS feed (on the sidebar)

In a departure from our signature daily recap, "Cheese & Whine", today's post is just a compilation of various, random thoughts from the Rays' 2010 debut.

-Evan Longoria is a stud, but his K's are gonna sky-rocket this season as he starts to get a "homerun happy" mentality.
-Soriano is a Troy Percival redux, and my cardiologist is licking his chops.
-CC is ready for another big season and a subsequent big contract from NY- can they really have two CC's on one team?
-Sean Rodriguez was pressing in an attempt to prove his offensive prowess.
-How many games before we get Brian Anderson in the booth with Dewayne?
-No errors by either team in the season opener, somewhat unusual.
-The bullpen is in trouble in JP's absence.
-Jason Bartlett is going to prove to the world that 2009 was his rule not his exception.
-The Rays are undefeated.
at 9:54 AM No comments:

Actual lineup as posted in the Rays' clubhouse this morning (The Heater):

The sun is shining, the smell of fresh-cut grass hangs heavily in the air, and Tampa Bay Rays' baseball finally kicks-off in just over twenty-four hours.

The roster has been pared down to 25 (and 40), the clubhouse is set, and the Yankees are already falling behind. The smile on my face is nearly permanent) except when I remember that the Red Sox are already atop the division, a fact which I hope is short-lived). So without any further ado:

Rays The Stakes: Preparing for a More Limited Role

As we rapidly approach a new season (finally), I wanted to reach out and let everyone know that although things have gotten extremely hectic at the DirtbagFan household we still intend to cover our beloved Rays, albeit in a more limited role, but we'll be here none the less- I have too many opinions to keep quiet for too long.

In the meantime keep up with all your Rays' needs at Rays Index, and be certain to continue to support the BBA for everything else.

Thanks for your support,

Over the last few months I've decided to go back to school for another degree, had my 4th "little dirtbag fan", and have been pressing forward with my forthcoming novel. As a result, Rays The stakes has been steadily losing ground as it slips down the priority list. I still intend to try to get it going again when the season starts, but probably not before.

Thanks for your support!

Several weeks ago I had the pleasure of voting for the BBA's rookie of the year awards; if you'll remember I voted for Tampa's own Jeff Niemann, but in the end he finished 4th (behind Bailey, Porcello, and Andrus respectively), despite my poignant statistical evidence that Niemann's performance proved to be the most deserving of the award.
Check out my reasoning here.
Well, it turns out that the Baseball Writers' Association of America (BWAA) agreed (for the most part) with the sentiments of the BBA, giving the award to Bailey, followed by Andrus, Porcello, and Niemann in a distant fourth.
All four players had stellar seasons, but I still feel as if Andrus was a media darling who only received so many looks based on how often his name was bandied about by the mainstream media, but I digress.
Congrats to Niemann and all of he finalists.
at 1:57 PM 3 comments:

Evan Longoria received his first Gold Glove Award earlier this week, and now has been honored with a Silver Slugger Award.
What is a Silver Slugger Award? Its an award given to the best offensive player at each position from both leagues. What makes this award valid is the fact that its voted on by the managers and coaches (they may not vote for players on their own squad).
Longoria finished the 2009 campaign with 113 RBI and 33 homeruns (shhh, don't tell anyone how many GIDP's he had (27)).
Dirtbag is the youngest third baseman to receive the award, and the second Tampa Bay player (Carlos Pena).
So what's next, the Bronze Belt Buckle Award?
Congrats Mr D.!
at 10:23 AM No comments:

A list of Rays players/staff that are "on-notice"
(or more traditionally "in the dog-house"): 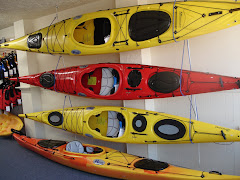